When I was twenty-eight years old, my friend of first-grade vintage, M LeBlanc, having just required a Masters of Art degree, asked if I would write a dozen animal poems for him to illustrate in book form. By the second poem, “Dog,’ some aura of being totally centered and amazed by words coming out of the pen overwhelmed me, and defines much of my life since then.

Upon retirement, I discovered poetry venues and chapbooks. Time and technology had moved along, and I still had M. LeBlanc’s pastoral drawings and a scanner, and, thirty-five years after that initial request, Growing

Up with My Animal Friends made it into print.

An introductory verse sets up the stories: “But sometimes I’m sad, or I’m lonesome, or blue, And sometimes it seems like the road never ends. So I spend some very special time, Growing up with my animal friends.” The concluding verse begins with: “Some animals fly, some swim, and some crawl, And some run around, and roam. But most of them are like me because, They feel most at home, at home.”

Following the appearance of Animal Friends, M. LeBlanc was inspired to create a separate book for some of the individual poems, with an illustration of each line of the poem, and each book with a different lettering style, intended for very early readers. Seven additional books were created. 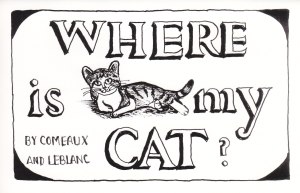 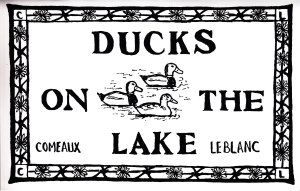 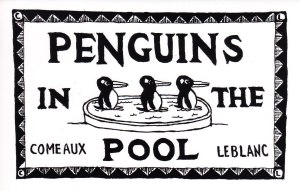 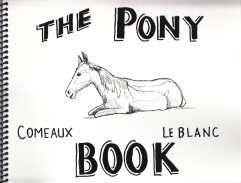 After completing this series of early readers, M. LeBlanc asked if I could indulge one of his favorite avocations — painting shrimp boats on the south Texas coastline, for a book similar to the individual animal books. He sketched a number of his favorites, and, to my surprise, I was able to tell some sort of story in four lines, resulting in The Shrimp Boat Book. 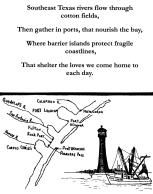 These d.i.y. volumes are available by emailing sunsetc9@gmail.com. The cost of Growing Up with My Animal Friends is $8.00. All others are $5 each. Please add $1 each for shipping, with a maximum of $5 if ordering more than five books.